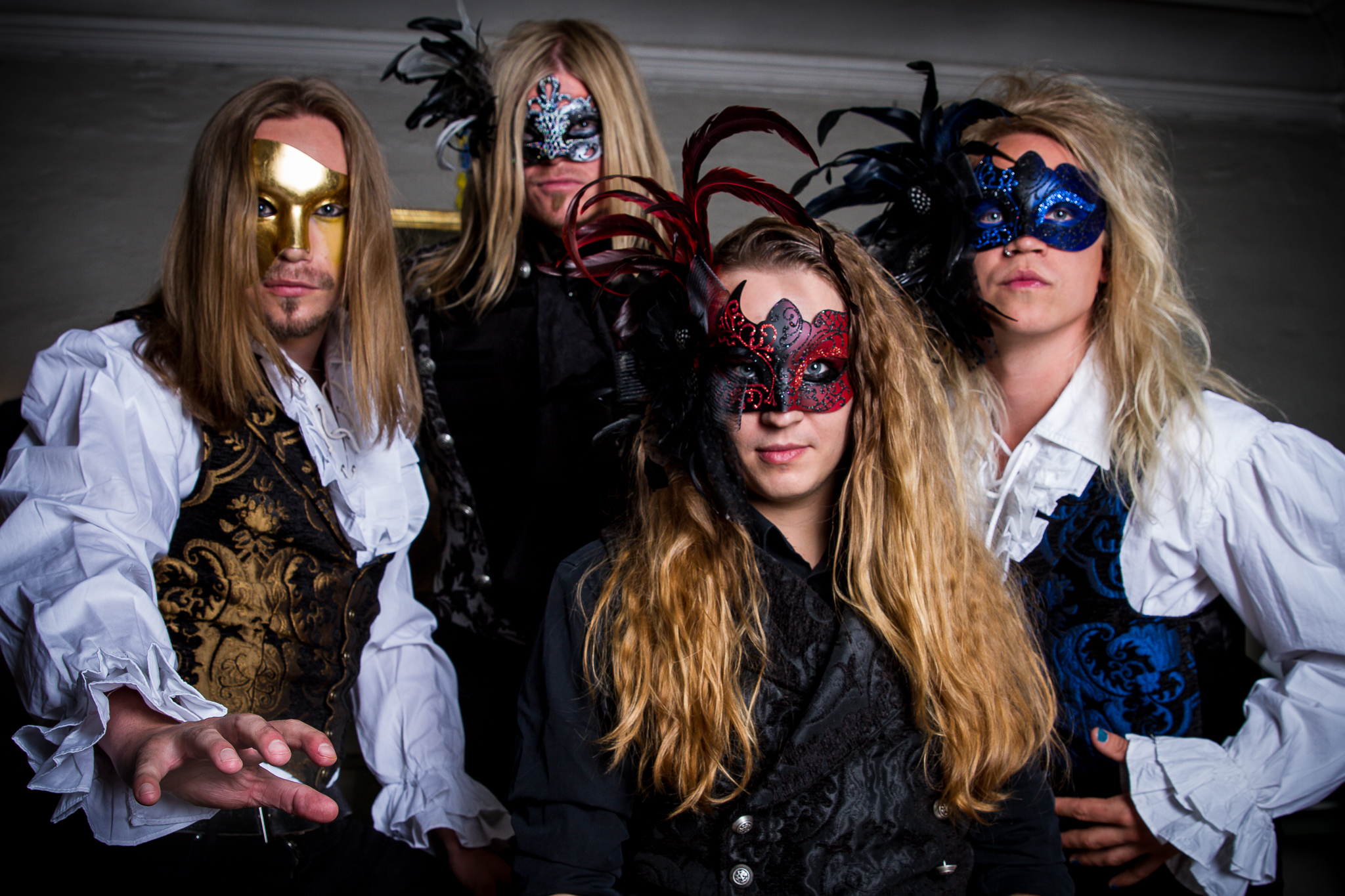 A new act has entered the rock scene! The Grand Masquerade is a 4-piece band based in Stockholm with a unique image; combining 80’s rock culture with the Venetian Opera and Masquerade scene from the late 19th century.

The band started out as a studio project by John Sebastian, however more extensive plans evolved. He developed the band by contacting his childhood friend Freddy Claye, whom he had previously performed with, as well as his friend and classmate Ivve Danelli (vocalist in Pretty Wild). All the trio needed was the right drummer, and Ivve had just started studying music production with Martin Rhyder (ex. Drummer in Chains), whom he had met some years earlier.

Having acquired a master drummer like Martin, they now had a strong and solid rhythmic foundation to build on. Ivve’s experience in the music industry, his outstanding songwriting abilities, and his powerfully phenomenal vocal range immediately made him a valuable asset to the band. As a natural front man with an energetic and expressive stage presence, Freddy smoothly utilizes his charismatic personality and style, adding harmony with his amazingly unique voice and simultaneously completing the rhythm section. Not only does John have extraordinary skills with shredding a guitar and composing warm melodic hooks, but his knowledge and passion for production and mixing is proven by the perfection on every track.

Once the band was formed, John had an idea for the name of the group, a name which Ivve had planned to use with another project that was never launched, The Grand Masquerade. Everyone agreed that it was a good solid name for them to use. The first time the quartet stepped into the rehearsal studio there was an instant chemistry as everything fell magically into place.

The band was almost complete; the only thing left to do was invent an image, something new and exciting! John had the idea to introduce the Venetian Opera and Masquerade theme into the band to further enhance their name and image. With this complete, the Grand Masquerade was ready to take on the world!

The music genre is best associated with AOR, Melodic and Glam Rock. The musical inspiration is influenced by bands like KISS, Queen, and Def Leppard among others, and the music itself is exceptionally arranged with a modern twist. This is not your average rock band, nor is it just another rock show. The mystique from the masquerade is integrated with the energy from rock music to create an extraordinary audience experience and event.